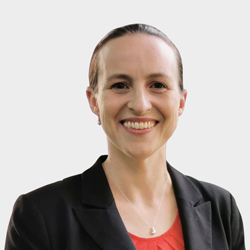 EOS wanted Duke Energy to demonstrate a broader corporate commitment to facing climate-related challenges. We first raised the implications of the US Environmental Protection Agency’s Clean Power Plan with Duke Energy’s chief sustainability officer in 2014, meeting again in 2015, and in 2017 to discuss support for shareholder resolutions which called on the company to publish a climate report aligned with the Task Force on Climate-related Financial Disclosures (TCFD). We met with the chief financial officer ahead of the 2018 annual shareholder meeting, to encourage thinking about how the company could disclose aspirations for emissions reduction to 2050. In early 2019, we discussed ideas for improved disclosure with key executives, as well as greater ambitions for 2030 carbon emissions reduction targets. In 2010, Duke Energy adopted its first carbon dioxide emissions reduction target. In 2015, it committed to double the capacity of its renewable energy portfolio by 2020. In 2017, it set long-term targets for reducing emissions by 40% and the carbon intensity of its generating assets by 45% by 2030 (from 2005). In September 2019, it increased its 2030 reduction target to 50% and further advanced its ambition by indicating an aspiration of achieving net-zero emissions by 2050. In 2017, the company committed to publish TCFD-aligned disclosure and in 2018 it published its first TCFD-aligned climate report. In 2019, the company improved the clarity of its disclosures on lobbying, trade association and political expenditure. We continue to engage on faster retirement of coal power, further opportunities to optimise the balance of gas and renewables with energy storage and distribution, climate reporting and strategy for managing the impact that decarbonisation could have.

EOS began engagement with ConocoPhillips in 2010 after the Deepwater Horizon oil spill disaster. We focused on the company demonstrating that it had best-in-class health and safety, and disaster response risk management. We also sought best-in-class management of oil sands risk and a reduction in climate risk. We met the global head of sustainable business development and his predecessors, the climate change director and the director of social responsibility many times, as well as the company’s governance professionals. We came away pleased with the company’s thoughtfulness but disappointed with the mismatch with its reporting. After correspondence and several meetings, the company convinced us that it is an industry leader on health and safety and disaster recovery, completing our objective in 2013. We also completed our objective concerning best practice oil sands production in 2014. In addition, we have seen progress in its reporting on climate and political activity and donations, enabling us to complete further objectives that year. Its 2018 sustainability report marked a significant step forward – it now reports on three 2°C scenarios and has articulated a climate change action plan, which is enabling us to progress our objective on improving disclosure and our objectives in relation to lobbying activity and factoring climate into executive pay. We continue to encourage the company to improve its climate change related disclosure as well as to further improve its disclosure of how it governs its relationships with membership organisations in relation to climate change.

EOS began engaging with Imperial Brands, the multinational tobacco and tobacco alternatives company, on its water use in 2012. We encouraged it to implement water management systems and targets at its sites. In 2015 our engagement established that, although the company had conducted analysis of supply chain water risks, it had not yet set targets for water management beyond its own operations. Over subsequent years, we sought updates from the heads of sustainability on how the company was monitoring water use and progress against site-specific reduction targets, which were achieved in 2018, ahead of the 2020 target year. Given the early completion, we pressed on whether the 2020 targets had been sufficiently stretching. In a follow up meeting with the head of sustainability in 2019, we heard that the company intends to develop context-based water targets for water-stressed sites in its supply chain. We welcome the company’s move to take greater responsibility for its supply chain, which is also reflected in its approach to carbon, where it has extended its science-based carbon reduction targets to its scope 1, 2 and 3 emissions. We will continue our engagement on how the company adopts a robust approach to water stewardship across its supply chain, aligned with its with explicit reduction targets in its post-2020 strategy.

Our engagement on climate action began in 2013 with the joint CEO and chair and other senior executives to discuss Repsol’s sustainability strategy. From 2015 through 2019 we focussed on five key aspects of climate action: scenario analysis and the disclosure of resilience to Paris-aligned decarbonisation; the alignment of strategy and targets with the goals of the Paris Agreement; internal carbon price assumptions and their use in investment decisions; the disclosure of a carbon intensity indicator; and reporting in line with the recommendations of the Task Force on Climate-related Financial Disclosures. At its 2017 Sustainability Day, we welcomed Repsol’s commitment to start using a single internal carbon price across the group. In 2018, we welcomed its strategic update, which set a path to climate transition by capping production and committing significant capex to low-carbon business. Since its 2018 integrated management reporting the company has disclosed a carbon intensity indicator for the energy it supplies, and a goal to reduce this intensity in line with the International Energy Agency’s Paris-aligned Sustainable Development Scenario. In December 2019 Repsol became the first oil and gas company to commit to a net-zero goal, supported by a decarbonisation pathway with interim targets. In 2020, together with our co-lead for the company under Climate Action 100+, we submitted a statement to the company’s annual meeting. We congratulated it on its net-zero commitment and asked whether the current oil price situation and pandemic would have a material impact on the climate strategy – we were reassured to hear the company reaffirm its commitment. The engagement between EOS at Federated Hermes, the broader Climate Action 100+ engagement group and the company now has a focus on implementation of the net-zero pathway.

During a meeting with the head of sustainability in 2015, EOS highlighted that following the stream of acquisitions in emerging markets, several of HEINEKEN’s operating markets presented a high perceived level of public sector corruption, according to the Corruption Perception Index published annually by Transparency International. We followed up in 2016 and were pleased that our request had led to an internal review of its approach towards transparency and that it would conduct an integral review of its related policies. In 2017 the review was taking longer than expected and the head of sustainability escalated our concerns to relevant experts internally. A meeting in 2018 and the launch of its updated code of business conduct and underlying policies such as the policy on bribery, on responsible alcohol consumption, on human rights and the supplier code in the September gave us further reassurance that the company was taking the matter seriously. In 2019, Transparency International published a report assessing the whistleblowing framework of 68 Dutch companies. HEINEKEN ranked third with a total score of 82.7% compared to an average score of 45%. Since 2018, HEINEKEN has also been working to improve the working conditions of brand promoters and engaged with industry peers. Since we began our engagement, the number of “Speak Up” reports of suspected misconduct has significantly improved. This is generally the sign of a culture that encourages employees to raise concerns, feeling confident to report wrongdoing. We will continue to engage HEINEKEN on this topic and on other areas including health and safety, climate change and board effectiveness.

In August 2018, EOS met with Baidu’s co-founder, chair and CEO, and the CFO. We voiced our concern over the risk of the company’s lack of compliance with General Data Protection Regulation. Since 2019, we intensified our engagement and progressed our dialogue towards the responsible use of big data and artificial intelligence (AI) – between 2018 and June 2020, we had nine interactions on data privacy and protection. In 2020, our engagement highlighted the need to further disclose how the company supports its customers and integrates their feedback. In 2019 the company introduced a preliminary three-lines-of-defence robust governance structure and further refined it in 2020 to ensure information security and data privacy. It introduced principles covering consent, clarity and control of data privacy protection. A privacy protection system was established, overseen by the Baidu data privacy protection committee, composed of Baidu’s top executives. The company further established a data assets committee, safety committee, and a committee of professional ethics, which together indicate a data protection culture within the firm, aligned with our expectations raised in engagement. A review mechanism has been introduced throughout the business which centres around privacy-by-design and privacy impact assessment. It has also established mechanisms which respond to our request for disclosure on how it supports its customers and integrates their feedback. We continue to engage on connected issues, such as AI ethics and content governance.

In September 2014, Tesco announced that it had uncovered an overstatement of expected profit in its results. EOS met with the senior independent director in October 2014 to discuss. We continued to engage with the new CEO and CFO on the strategy for the company and addressing issues of supplier treatment, and with the new chair on board composition and effectiveness. We stepped up our engagement on its approach to risk management in January 2016, in a meeting with the chair of the audit committee. We sought an update on how the company was addressing broader strategic and cultural issues from the CEO and CFO in October 2017. We continued to monitor and in January 2019, we discussed the effectiveness of changes with the investor relations director. In our discussion with the chair in February 2020, he confirmed that the company has worked hard to rebuild trust with stakeholders and reset its ways of working with suppliers. He believed changes made to financial risk management and audit have been effective. In our meeting with the audit committee chair in May 2020, he confirmed that the changes initiated in 2015 and 2016 were now established and working effectively and that he was satisfied that the specific issue of how commercial income is booked is unlikely to recur for the foreseeable future. The company’s external auditor no longer raises it as a material concern, although it remains noted as a key audit matter. We are satisfied with the effectiveness of the company’s changes, emphasised through its response to the coronavirus pandemic in 2020. The link between strategy, conduct and culture, as well as human capital management and treatment of suppliers will remain important topics for our engagement with Tesco.

In April 2018 we began engaging with Alphabet on how its technologies manage the prioritised content of Google Search and on YouTube, to avoid human rights concerns arising through the application of artificial intelligence (AI). We encouraged the company to go beyond publishing AI principles, to demonstrate how the principles are being applied. After multiple touchpoints we stepped up our engagement, including writing to the chair of the board, asking for further disclosure on content governance and recommending a feedback system in its AI ecosystem. At the 2019 annual stockholder meeting, in addition to supporting one of the shareholder proposals aimed at better addressing societal risks, we voiced our concerns relating to AI governance directly to the executives and board. With regard to our request for demonstration of how the AI principles are being applied, in January 2019 the company published a 30-page white paper on AI governance. In January and February 2019, YouTube took a series of actions to improve transparency and accountability. Since 2019, the company has made improvements to tools to measure fairness, transparency and explicability of AI which also helped satisfy our request. It has also improved stakeholder engagement and communications with regard to how AI social impact is assessed and measured. In November 2020, Alphabet changed its audit committee to become an audit and compliance committee (ACC). The ACC’s charter now includes sustainability, data privacy and civil and human rights risks as items which must be reviewed by it – becoming closer to meeting our request for enhanced board oversight. We continue to engage with the company through a human rights lens to encourage board accountability over the responsible use of AI.